Please check ETF Response to COVID-19. Note: Retirement appointments are only available online or by phone.

Ancel Appointed to SWIB Board of Trustees 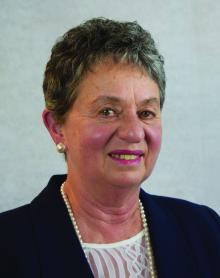 Esther Ancel, an emeritus professor of finance in the Lubar School of Business Administration at the University of Wisconsin-Milwaukee, has been appointed to serve on the SWIB Board of Trustees as a public member .

The members of the SWIB Board of Trustees are set pursuant to section 15.76 of the statutes. Six public members are appointed by the governor to serve a six-year term. The public members include four with at least 10 years investment experience, one with at least 10 years financial experience and who works for a local government participant in the Local Government Investment Pool, and one additional member.  The remaining members include an educator participant in the WRS appointed by the Teachers Retirement Board, a non-educator participant in the WRS appointed by the Wisconsin Retirement Board, and the secretary of the Department of Administration or designee.

Ancel brings 25 years of experience in finance and corporate finance to the Board. In addition to serving on the SWIB Board of Trustees, Ancel is also the Secretary of the Teachers Retirement Board of the Wisconsin Retirement System, serving as the retired teacher member of the board. Ancel also serves as treasurer of the Milwaukee Jewish Foundation, serving on its finance and investment boards.  Previously, she also served on the UW System Insurance Board.

In addition to the announcement of Ancel’s new role, Trustee Norman Cummings, who served as the local government member on the Board, announced he would be retiring from his position as director of administration for Waukesha County at the end of June 2019; therefore, his tenure as a Trustee would also end. Cummings, who was Board vice chair, was originally appointed as a Trustee in 2011.

Learn more about SWIB’s Board of Trustees.