ETF Earns Honors for Education on Retirement Planning and Security 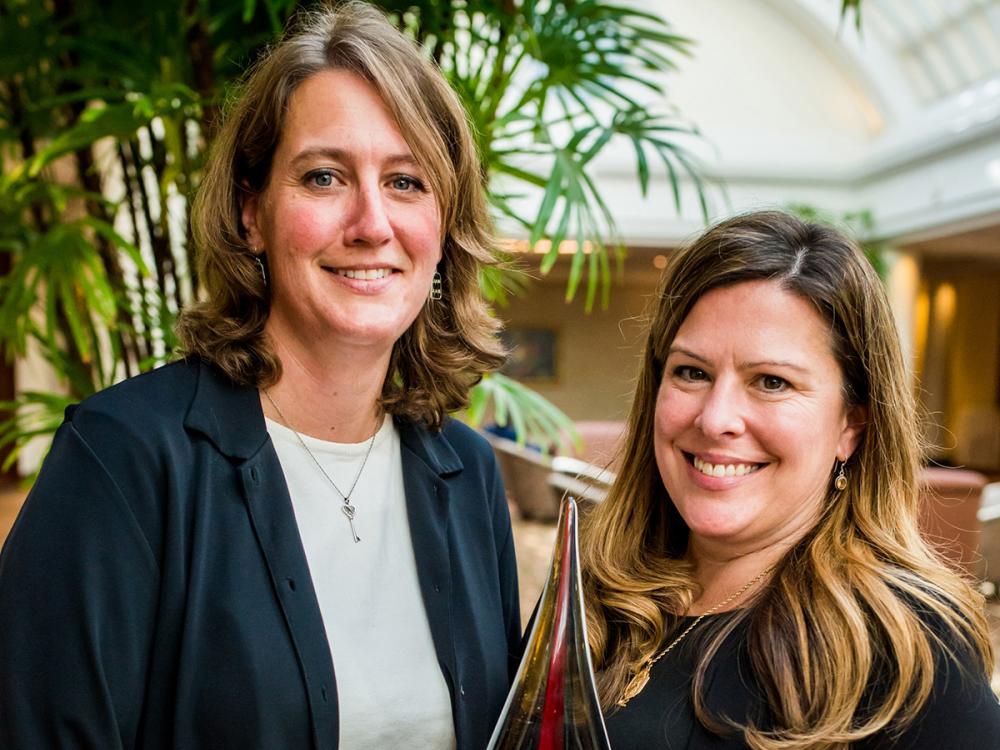 Two ETF-connected programs have been honored for their efforts to increase awareness of retirement planning and financial security.

ETF's EMPOWER campaign, designed to encourage women of all cultures to take charge of their retirement, will receive the 2016 Lloyd D. Gladfelter Award for Government Innovation. The Gladfelter Award, administered by the University of Wisconsin-Madison's LaFollette School of Public Affairs, is given to non-elected municipal, county, state, or federal employees who have helped solve a problem for Wisconsin residents and improved public service. ETF staff members Tarna Hunter, legislative liaison and Shelly Schueller, director of the Wisconsin Deferred Compensation Program (WDC), will receive the award for their development of EMPOWER, which stands for Embracing and Promoting Options for Women to Enhance Retirement.

Launched in May 2015, the WDC and state agency Affirmative Action Committees, the EMPOWER campaign's statewide grassroots efforts targeted women and provided educational programming for public employees. Preliminary results show that women participating in the WDC increased their pre-tax savings by 3% and their post-tax contributions by 10%.

Last year EMPOWER received an award from the Wisconsin Governor's Council on Financial Literacy; a Wisconsin State Council on Affirmative Action Diversity Award; and an Innovator Award by Pensions & InvestmentsMagazine.

Schueller and the WDC recently received a MarCom Award for the Managed Account Free Look Campaign and two honorable mentions for the Stash Away campaign. The Managed Account Free Look Campaign offered WDC participants a 90-day free trial enrollment in the WDC's managed account service. As a result, an additional 534 participants opted into the service, an increase of 89% over 2015. Enrollments in this service jumped 529% over the 2015 monthly average as a result of the campaign. The Stash Away campaign encouraged WDC participants to increase their account contributions. Data showed that 148 participants, or 4.8%, increased their contribution amount by an average of 12%.

Learn more about the EMPOWER campaign and take action to improve personal budgeting, investing, simplifying money, saving money on a lower income, protecting against identify theft and much more.