ETF Secretary to Step Down; Recruitment Under Way 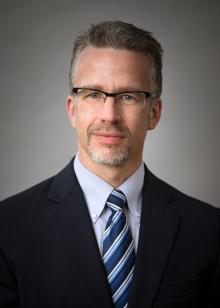 Department of Employee Trust Funds Secretary Bob Conlin recently announced that he will step down from his post in March of 2021. The ETF Board, which by law has the authority to appoint the secretary, has begun a nationwide search to replace Conlin, who is leaving the state to join family out East.

Conlin was appointed ETF Secretary in 2012. He served as Deputy Secretary and the Director of Legislation and Communications before that appointment.

“It’s been an incredible honor and privilege to have had the opportunity to work with the talented and caring team at ETF for the last 14 years. Their commitment to serving Wisconsin Retirement System participants is truly inspiring,” said Conlin.

Watch the January edition of WRS News Online for an interview with Secretary Conlin about the strengths and security of the WRS on behalf of 652,000 current and former Wisconsin public employees and 1,500 state and local government employers.