This is the first in a three-part series that looks back at the Great Recession, its effect on the Wisconsin Retirement System and how the State of Wisconsin Investment Board invests first to help protect the pension system from another major downturn and then to earn reasonable returns. 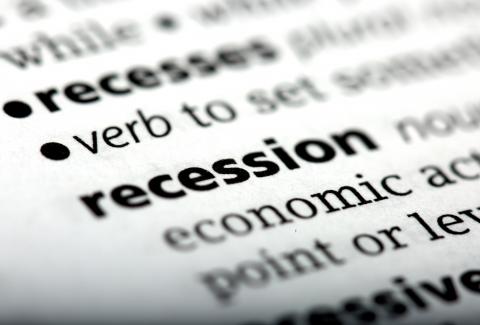 It has been a little more than 10 years since the biggest financial crisis the country has experienced since World War II. Yet, the impact of that single event remains a central part of SWIB's investment strategy today.

The Great Recession lasted from December 2007 until June 2009. Across the country home prices fell and foreclosures rose, household income dropped and unemployment shot up, and Americans watched their savings shrink. Economists point to the housing crisis and weak monetary policy as the key causes of the financial crisis that left the country desperately trying to recover from a dizzying economic tailspin.

In July 2006 U.S. home prices reached a peak, after decades of financial deregulation and government promotion of home ownership. The housing bubble would soon burst, causing investors in subprime mortgages to be left with worthless assets as foreclosures rose. By 2009, home prices, on average, dropped 30% from their peak in mid-2006.

As the crisis deepened, the number of Americans looking for work spiked between 2008 and 2010 from 5% to 10%, as roughly 8.7 million jobs were lost, according to the Department of Labor. No paychecks meant a loss of income for Americans. The net worth of U.S. households and nonprofit organizations fell from a peak of approximately $68 trillion in 2007 to a low of $55 trillion in 2009. Real median household income fell from $58,149 to $55,683 during that same time.

Wall Street was also reeling. The S&P 500 stock index fell 57% from October 2007 to March 2009. Lehman Brothers, the fourth-largest investment bank in the country, filed for bankruptcy protection. Lehman's bankruptcy filing is the largest in U.S. history.

Like the rest of the country, the pains of the Great Recession were felt by Wisconsin Retirement System members. In 2008, the Core Fund returned -26.2% and the Variable Fund returned -39.0%. The Core Fund loss set off five years of annuity decreases for retirees who were above their base retirement amount ("Core floor"). It was the first time in the history of the WRS that retirees experienced Core annuity decreases.

The federal government passed a number of policy reforms to end the crisis. Fiscal stimulus programs like the Economic Stimulus Act of 2008 and the American Recovery and Reinvestment Act of 2009 were enacted in hopes of jump starting the economy. The Federal Reserve also took a number of steps including reducing the federal funds rate from 5.25% in September 2007 to a range of 0-0.25% in December 2008.

WRS member Bob Schaefer retired in December 2008, after 33 years as an engineer with the Department of Natural Resources. As the financial crisis deepened, he worried for his mother and sister, who also received WRS annuities.

"My dividend the next year was zero, since I was at my Core floor," Schaefer said. "However, my bigger concern was for my mother and sister, who felt the full effect of the annuity reductions."

Outgoing SWIB Executive Director Michael Williamson notes that the WRS is unique because of its shared risk and reward structure.

"Unlike many public pension funds, WRS employees and retirees share the investment risk with public employers," Williamson said. "That is why, after watching the impact the Great Recession had on the trust funds and WRS participants, we have focused on implementing a strategy that is designed to first help protect the trust funds and members from another market downturn, and then to earn reasonable returns."

Williamson said the struggle is finding the right balance between taking enough risk to make sure the WRS is providing the benefits promised to its participants and taking too much risk that could cause volatile swings in annuity adjustments and contribution rates in a severe market downturn.

Eventually, the country's economy began its rebound following the Great Recession. But what are the lessons learned and what can be done to help protect the WRS from another major market downturn? In the next edition of WRS News Online, read about the strategies SWIB has implemented to help make money, manage risk and optimize costs.